Sophie is a highly skilled coach, facilitator and trainer.
She is a qualified practitioner in numerous psychometric tools and has over 30 years’ experience, working with a wide range of people from a diverse range of organisations and sectors.

Sophie began her career as an Occupational Therapist in the NHS. After working as a clinician in Neurology and Palliative Care, she moved in to NHS management. She fulfilled a number of senior management roles. In 2005, Sophie set up SNCL. 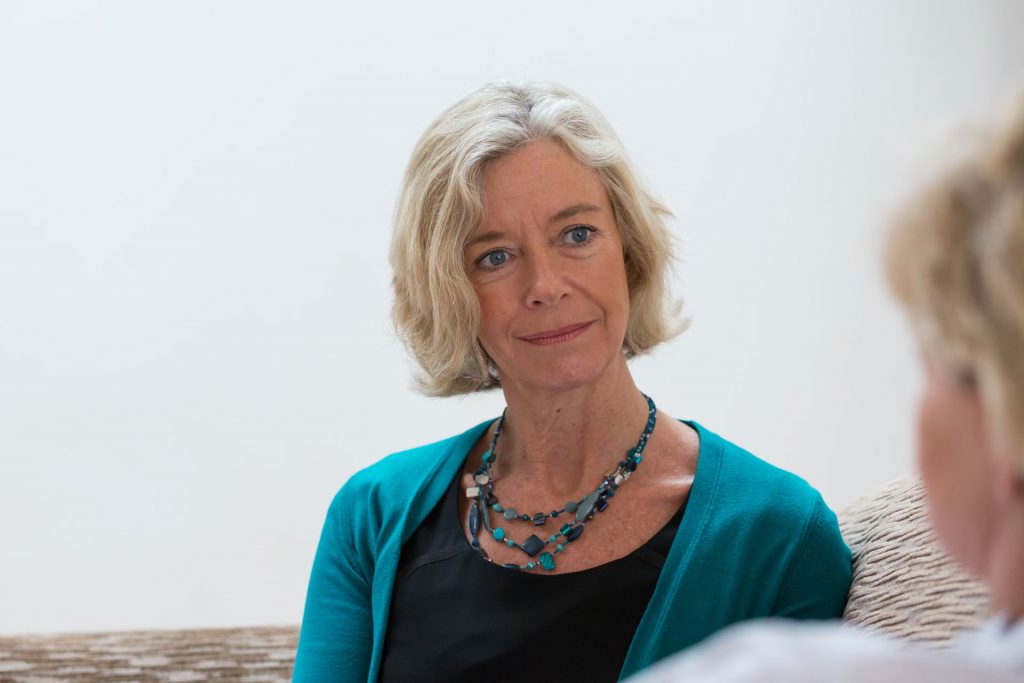 I started my career as an occupational therapist. In my first week of training, I learnt that the role of the OT was ‘to correct or ameliorate anything that prevents self-actualisation’. I didn’t really know what it meant but I liked the idea of holistic care and helping people to gain or regain their optimum level of independence.
I worked as an OT for 10 years, specialising first in neurology and then in palliative care.
In the 1990s, I spent 5 years working in a hospice, undertaking a mix of clinical and managerial work. It was an incredible place to be. Our patients and their families were at the heart of everything we did. It was empowering, motivating and incredibly rewarding.
A family move in the late 1990s saw me back in the job market and I returned to a split clinical and managerial role in the NHS. Something had changed.
It was tough: Too many patients to see in too few hours; skimming the surface of what was really needed and not infrequently witnessing a concerning lack of care and sometimes dignity towards vulnerable people in need.
There was a distinct lack of trust too. Nurses often blamed doctors, therapists blamed other therapists and more often than not, clinicians blamed managers. It was demotivating, frustrating and at times distressing. The contrast with the Hospice was stark.
Probably naively, I thought the best way to make a difference was to move entirely in to management; to tackle the systems from the inside, scythe unnecessary bureaucracy and get processes to ‘flow’. I thought it would be easy, well easier. It wasn’t. I climbed the management ladder…step by step; manager, senior manager, assistant director and finally director. We achieved much but it was never enough; the challenges were endless and frequently overwhelming.
The more I did, the more I was asked to take on. The more I took on, the thinner I spread myself and the less effectively I delivered. I saw myself and my directorate begin to struggle and lose energy and motivation. Resources became increasingly tight, portfolios expanded beyond comprehension and emails often rose to over 300/day. I started to become a punch ball for angry GPs who felt managers, and particularly the NHS systems, were letting them down.
In 2005, I decided to make some changes. I was, and continue to be, absolutely convinced that success is dependent upon people and never more so than when financial resources are tight. It didn’t seem to me, at that time, that the local NHS was looking after its greatest resource very well. Stress and sickness levels were high.
The opportunity to work according to my own values and beliefs was irresistible and I started to get clarity on how I could tangibly make a difference.
I set up SNCL. I was determined to focus on areas where I felt I could have the most impact. Whilst I built my client base, I undertook finite pieces of consultancy and project management but, right from the start, I had a clear purpose; to help organisations succeed by enabling them to support, develop and empower their greatest asset – their people.

Get in touch today

Enter your name and e-mail below to enquire

Get in touch today

Enter your name and e-mail below to enquire